Widow (ウィドー, Widō) is a boss added to the Wrath of the Lamb DLC for the original game that can be encountered in the Cellar. She can also be fought as a mini-boss in the Cathedral.

Her appearance is similar to a Trite, which is a light tan-colored, four-eyed spider with an upside down face, 4 eyes (two larger while others smaller), and crooked-looking teeth. She sports with 4, bony legs each ended with a toe for feet.

Widow jumps around the room to deal contact damage, similar to Monstro (unlike Monstro, however, she can jump almost twice as far and takes longer to rest before jumping again).

Widow occasionally spits out Spiders. She can also leave a puddle of white Creep on the ground which will slow Isaac's movement, but not damage him. She will often spawn Sacks in those puddles.

Smaller size but jumps twice as fast. Regurgitates Attack Flies and spawns Boils and Guts. Jumps at lower distances, but much faster.

Shoots projectiles similar to Loki or Peep and spawns B. Spiders as opposed to regular ones. Also leaves a black creep similar to Gish that has the same effect as the white creep used by the normal Widow variant. 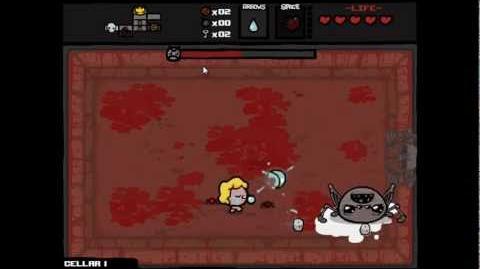 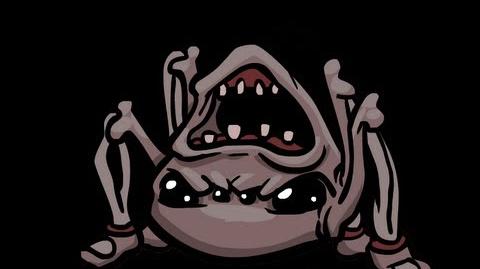 The Binding Of Isaac Widow 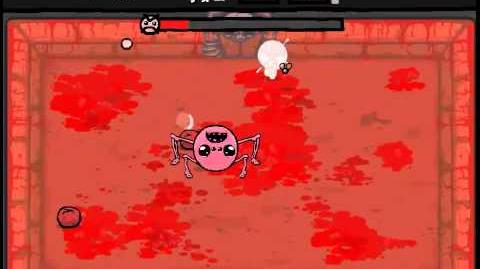