The Binding of Isaac Wiki
Register
Don't have an account?
Sign In
Advertisement
in: Wrath of the Lamb, Rebirth, Minibosses,
and 2 more

In-game sprites from the original game

Ultra Pride (ウルトラプライド, Urutorapuraido) is a miniboss randomly encountered as an alternate version of Pride, one of the Seven Deadly Sins. He was first added to the Wrath of the Lamb DLC for the original game, and returns in the Rebirth remake.

Ultra Pride differs from its normal counterparts by having attacks more similar to Super Sloth.

The team's attacks consist of the following:

When defeated, Ultra Pride drops the Left Hand trinket, regardless of whether or not it has already appeared during that run. If this is the first defeat, the Left Hand achievement is also unlocked.

Eternal Edmund acts exactly the same as his original counterpart. 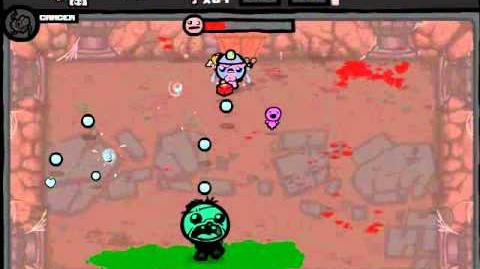