This article is about the boss Steven. For the item with the same name, see Steven (item).

Steven (スティーブン, Sutībun) is a special alternate boss that may occasionally replace Gemini after completing The Basement 25 times.

Steven is in all manners the same as Gemini, with only a couple of minor differences:

Their HP is divided equally to each one.

Steven drops one of two items, Little Steve, a familiar with homing shots, or Steven (item), increasing damage and causing Isaac to grow a tumor with a face on his head. If the player already has one of these items, the other will drop. Despite the rumours, the order in which you kill the two Stevens has no impact on the item dropped. 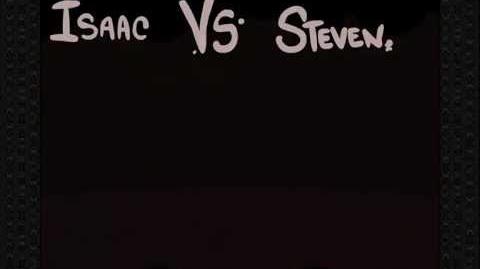 The Binding Of Isaac STEVEN