The Caves
The Catacombs
Flooded Caves

Pestilence (ペステレンス, Pesuterensu), one of the four Horsemen of the Apocalypse, is a boss which can be encountered instead of a traditional boss in the Caves and Catacombs once the player has beaten the game for the first time (killed Mom).

Pestilence is guaranteed to be the boss when Book Of Revelations is used in the Caves or the Catacombs (unless the Headless Horseman appears in his place).

He is a bloated, diseased, and zombie-like being with green colors that lazily leans back on his rotting steed as it carries him around. 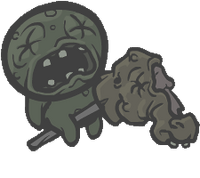 Phase 1 shoots 6 white bullets and summons Trites. Also leaves a white creep (similar to the Widow's) that slows down Isaac if stepped on.

Once it's in Phase 2, Pestilence's head is detached from his body (appears as Eternal Headless Horseman's Head). Both the body and head leave creep. He does not regenerate HP in Phase 2. 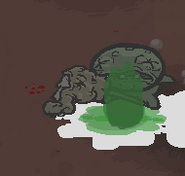 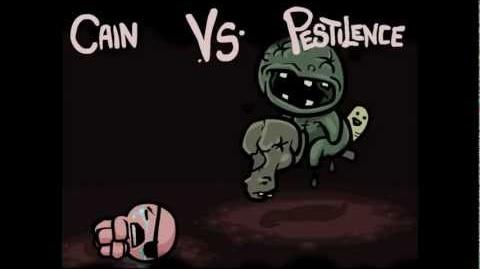 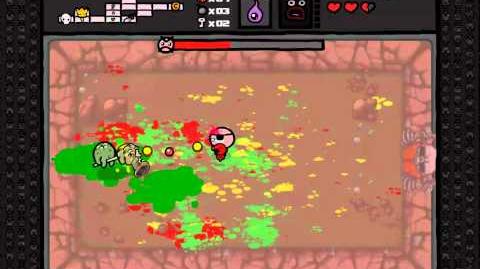 The Binding Of Isaac PESTILENCE
Deutsch
Community content is available under CC-BY-SA unless otherwise noted.
Advertisement