The Binding of Isaac Wiki
Register
Don't have an account?
Sign In
Advertisement
in: Wrath of the Lamb, Rebirth, Posthumous Bosses, Bosses
English

Lokii (ロキー, Rokī) (also known as Loki 2) is the posthumous form of Loki found only in the Utero.

Lokii consists of two entities, each a vertical half of Loki from a clean split down the middle. The mark from his forehead is missing.

In the original game, strangely enough, he appears to have lost both pairs of his arms. But in Rebirth, his two pair of arms reappeared.

Lokii's attacks are almost identical to fighting 2 Loki's, though they only spawn Red Boom Flies and no normal ones.

Lokii's halves will also randomly teleport themselves during the fight and occasionally spawn a Red Boom Fly.

Try to focus on one half in order to make the battle easier. Watching for Lokii's signals can also help in predicting and avoiding their attacks. 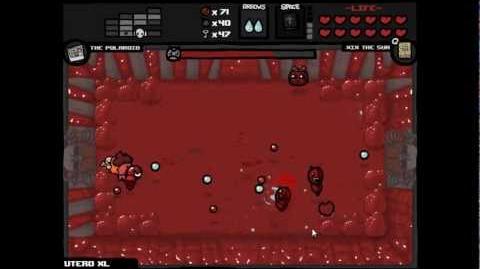 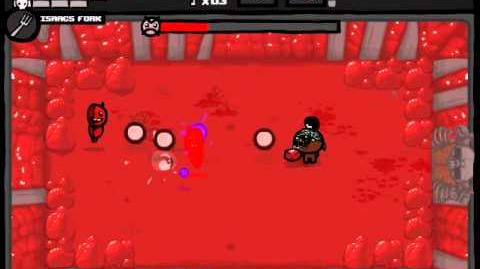 The Binding of Isaac Wrath of the Lamb Bosses Lokii (Blind)
Deutsch
Community content is available under CC-BY-SA unless otherwise noted.
Advertisement