The Book of Belial

When a character dies holding Judas' Shadow, they will be revived as Black Judas. Black Judas spawns with two black hearts, a base speed of 1.1,and a damage multiplier of two, this is the highest base multiplier in Rebirth.

Judas as shown on the VS Screen.

The secret appearing when unlocking Judas. 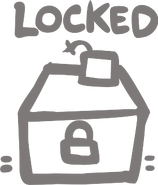 Judas as shown before unlocking him.

As mentioned previously, avoid devil room deals early on. You need all the health you can get as Judas.