The Binding of Isaac Wiki
Register
Don't have an account?
Sign In
Advertisement
in: Wrath of the Lamb, Rebirth, Final Bosses, Bosses
English

This article refers Isaac as a boss. For the character, see Isaac.
For other uses, see Isaac (disambiguation).

Isaac (アイザック, Aizakku) is a boss added with the Wrath of the Lamb DLC for the original game, and also appears in the Rebirth DLC. He is the game's main character as the final, fixed boss of The Cathedral.

Isaac will appear lying down in the center of the room, crying on the floor. He shoots 12 high-velocity tears in a radial burst and will retaliate with streams of tears when hit.

At 66% of his health, a light will shine on Isaac, and he jumps from the ground. Isaac will then start shooting 4 large purple tears, which home slightly, in all directions. He will still retaliate with some tears when hit.

Triggered near 33% of Isaac's health. Isaac will grow angel wings, smile, and start floating. White beams will be randomly shot down from the sky (Similar to Crack The Sky and White Pony), Angel Babies will start spawning frequently (up to a maximum of 6), and the same homing projectiles from before will be shot in six directions at the same time. At this point, Isaac will no longer retaliate with tears when hit.

Eternal Isaac acts similarly to normal one. But this time he will randomly teleport himself around the room, making it harder to hit him, he sometimes even teleports himself right onto the player. Note that he slowly regenerates HP during Phase 1. 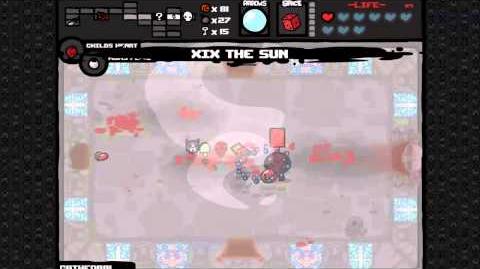 Destruyendo -It lives- y -Isaac- en The Binding of Isaac 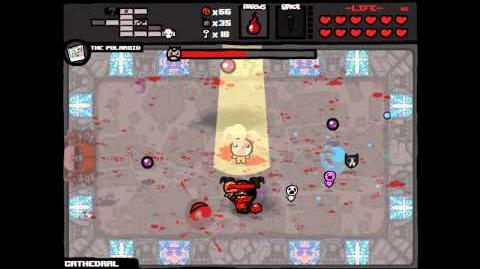 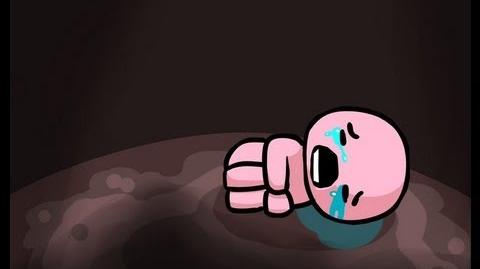 The Binding Of Isaac Isaac 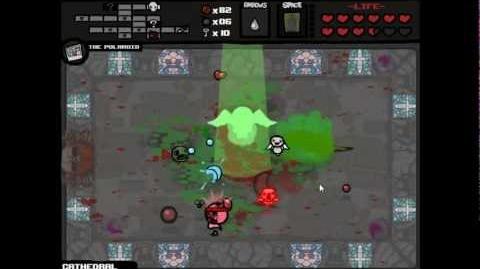 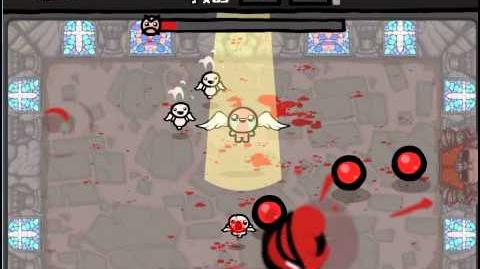