The Binding of Isaac has the player delve through five (7 with the Wrath of the Lamb DLC) environments to try and slay Mom, and future bosses.

Chapters in the core game

Chapters in the core game are always separated in 2 parts - e. g. Basement 1 and Basement 2. The standard chapters are: 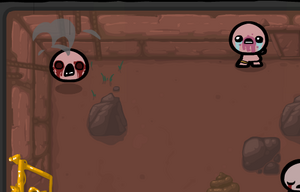 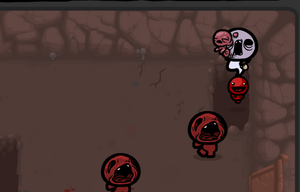 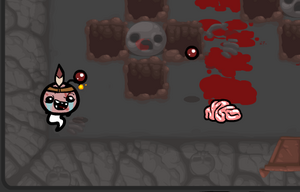 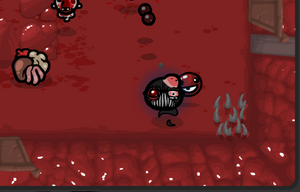 The Womb - Unlocked after beating Mom for the first time.

At the end of every part there is a random Boss (with the exception of The Depths 2 and The Womb 2) waiting for the player. Killing this boss is required to go the next part/level. Every floor except The Womb contains a Treasure Room and a Shop in it. For more details, see the Rooms page.

Anomalies from The Womb and onwards

From the chapter The Womb/Utero and onwards, all damage done to Isaac is set to 1 Heart (

There are no Shops or Treasure Rooms any more from this chapter and onwards.

If the player has beaten the game 10 times, there will be a trapdoor instead of an end chest after beating The Womb. It will bring Isaac to Sheol, the final chapter of the game. Unlike the previous chapters, Sheol isn't separated into two parts. Sheol can be accessed early if a Devil Room or an Angel Room appears after the Mom's Heart fight. Inside, there will be a trapdoor leading to Sheol, instead of items being offered for Heart Containers. 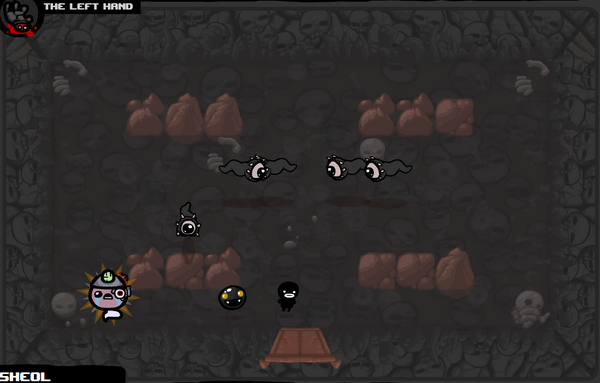 If the player has the Wrath of the Lamb DLC, the first four default chapters have a chance of being replaced by alternate chapters. For example, it is possible to start in The Cellar 1 instead of The Basement 1. The second part is also randomly generated. For instance, if you start at Cellar 1, it's not guaranteed that you will proceed to The Cellar 2, it could be The Basement 2 instead.

The Alternate Chapters are: 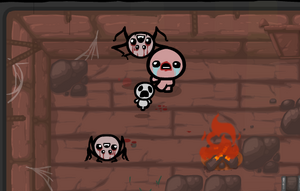 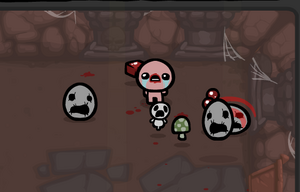 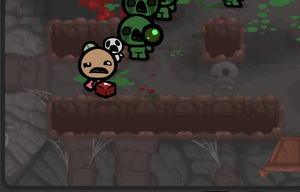 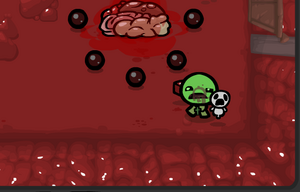 Final Chapters with the DLC

If the player has the Wrath of the Lamb DLC, there will be two new final chapters added. The first one, The Cathedral, unlocks after killing It Lives! alongside Sheol. It will appear as a beam of light besides the Trapdoor leading to Sheol. The second chapter, The Chest, unlocks after killing Isaac 6 times. Killing Isaac for the 7th time while holding The Polaroid will spawn an End Chest that can be entered to take you to The Chest.