The Binding of Isaac Wiki

What's on your mind?

Guys, What can I do first that play Issac who have a dice when I started the game? I bought original version Issac, and some youtubers used dice with Issac when they found the first treasure room. But mine don't have it. Help me plz 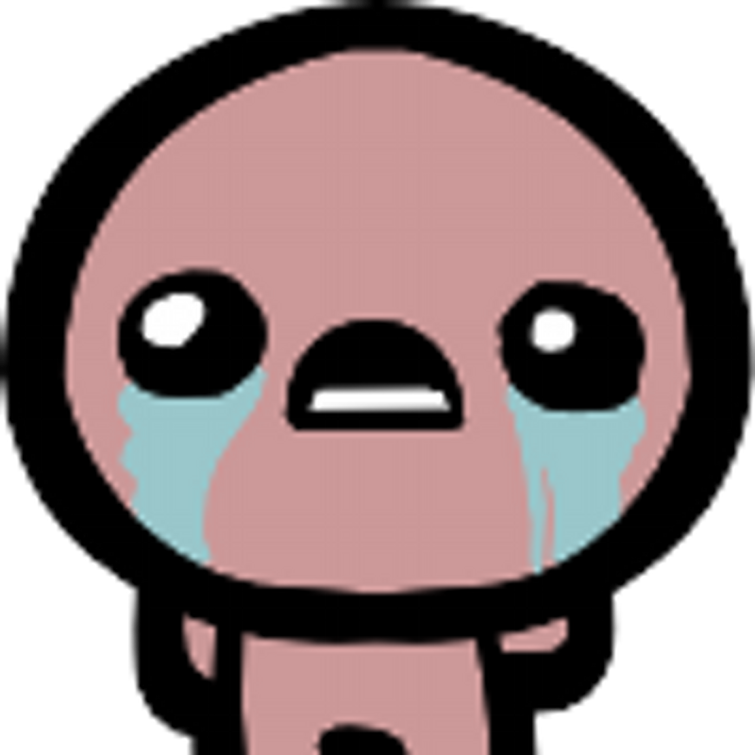 This wiki is dead

Me: *Uses Diplopia, then Coupon to get Double Brimstone without revoking my angel room chance.* 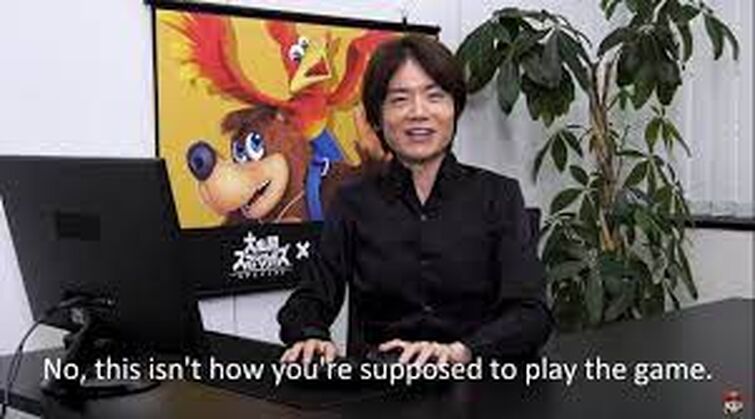 Sorry I was gone for so long

Hunger Bar - A Bar will appear below Jonathan's Health, which is Jonathan's Hunger Bar, this is will slowly deplete over time, if it depletes fully, Jonathan takes 2 full hearts of damage (Bypasses any damage reducing items such as Wafer), then the bar refills. (If in a boss while the boss is present, the hunger bar will be slowed down to a quarter of its normal speed.)

No Hearts - Heart Pickups of any kind are completely absent from the game.

(Full Health Pills, and 2 of Hearts have a 60% of being rerolled into a random pill or card respectively.)

Beast / Vampire Mode - Pressing V will cause Jonathan to switch into his Vampire mode. While in this mode, Jonathan is unable to fire tear, but has a grab attack, and can grab enemies, bite and feed on their blood until the enemy. While feeding, this will slowly fill the hunger bar and Jonathan's Health. (This is the only that Jonathan can regain health.) Jonathan can still move while holding enemies, but his speed cut to a quarter of his base speed stats.

Pressing V will cancel grabbing and turn Jonathan into his human form.

Jonathan can also grab other players and drink their blood to regain hunger and health, but will only leave players on half a heart.

Jonathan cannot grab Both forms of The Lost or Ghost Tainted Jacob.

(If Jonathan gets hit by an enemy attack, Jonathan will let go of the enemies.

Any unkillable enemy that isn't a Stoney or Grimace

Someone please help me. The only thing I need to have completed Isaac is to do the daily achievements. But no matter what, every time I can play I can't play a daily run. It's currently evening here and the next run always starts when I am at work at noon but gone when I get some 3 pm ish. What do I do??? 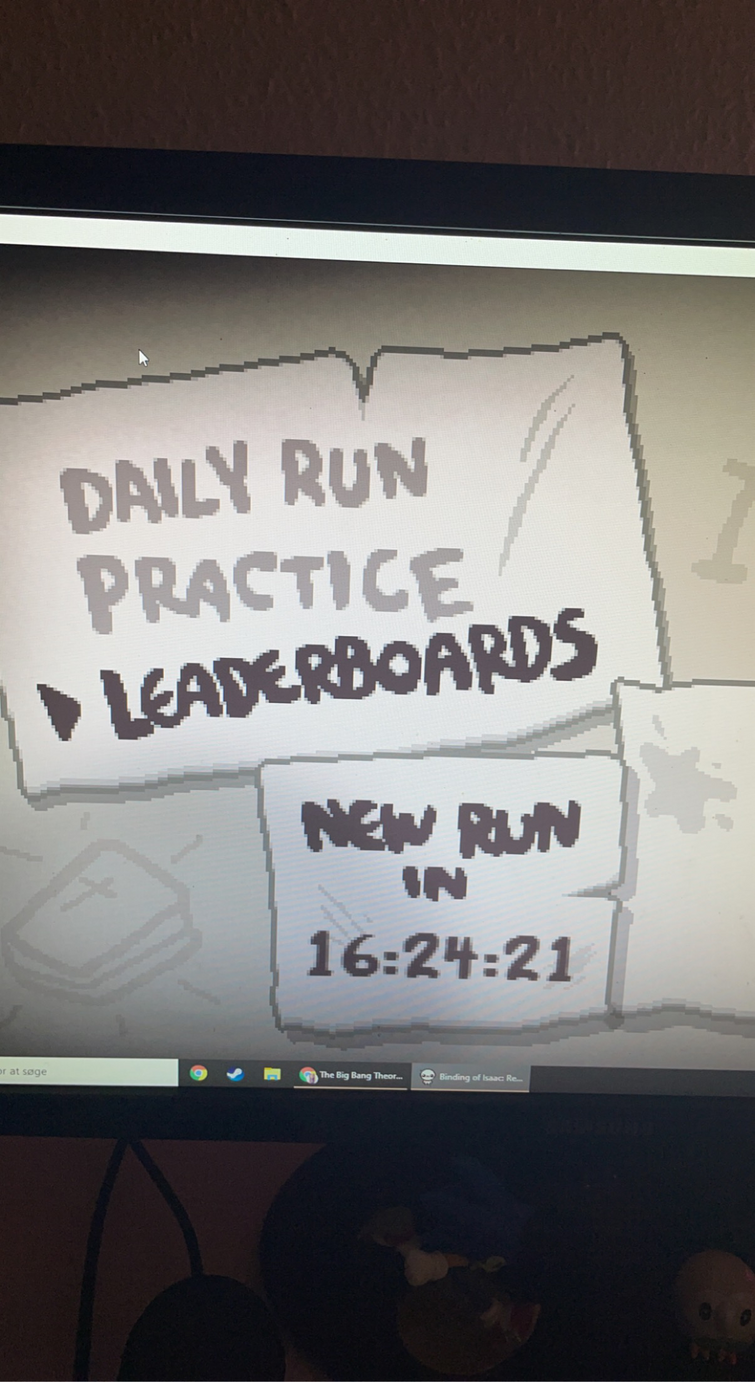 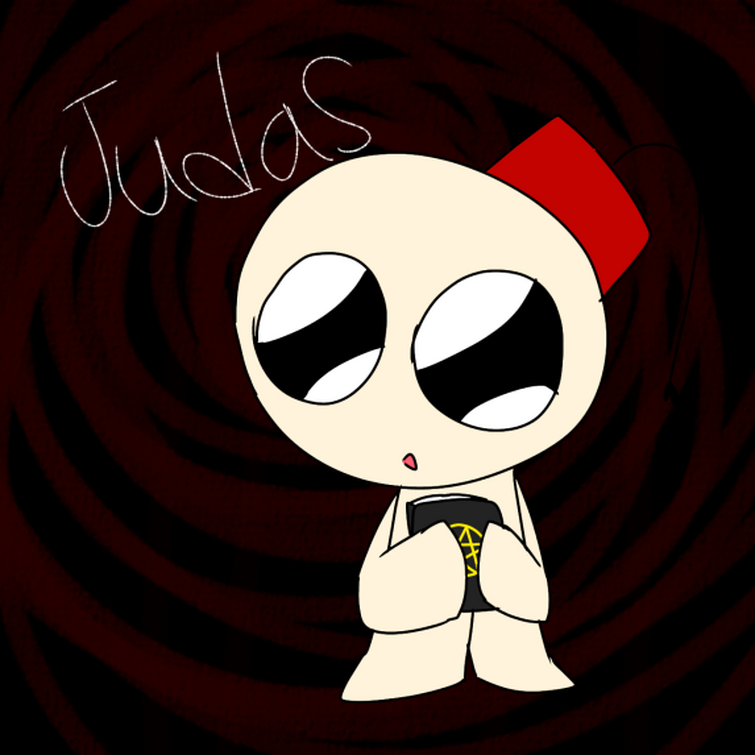 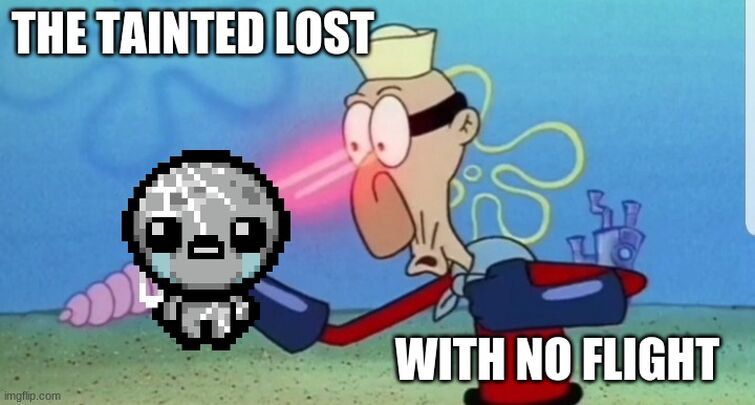 You can't change my mind 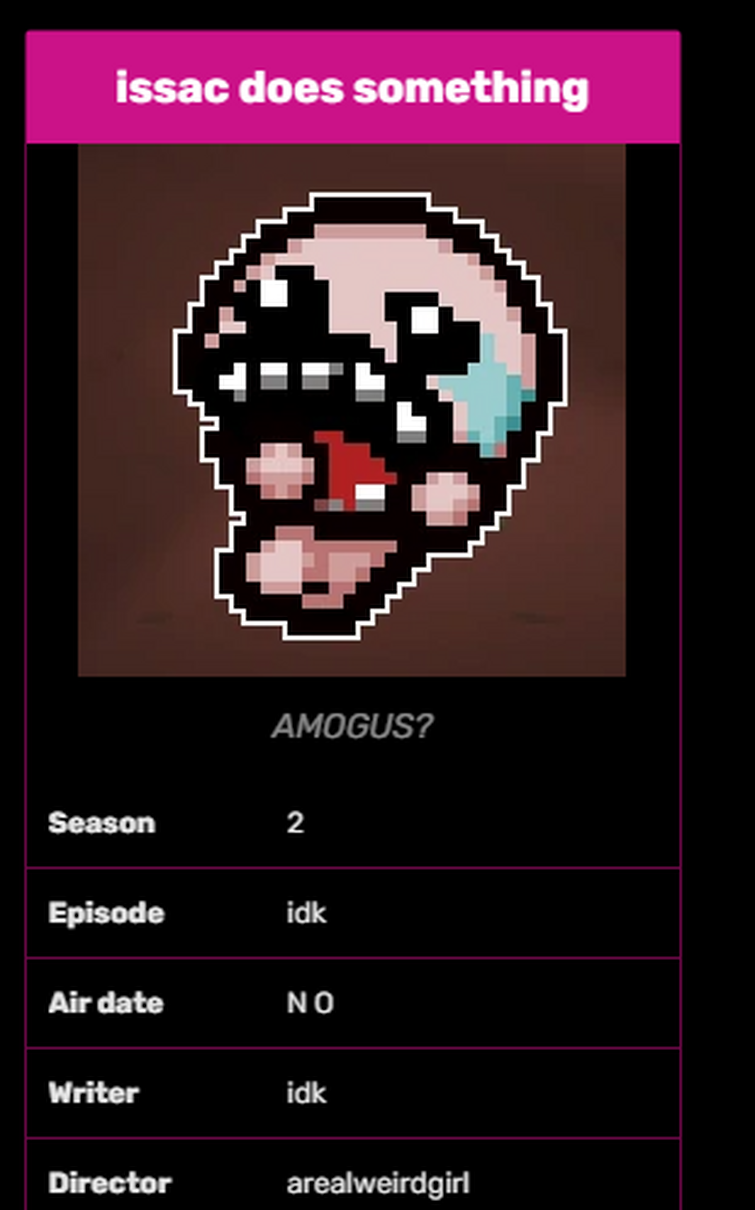 Why is it only pre-rebirth on the fandom app??

I just got into the binding of Isaac. I like to roleplay,and that’s all. For some reason I was banned from FNF mod and normal fandom.

you play Tboi: kalm you hear Lust: panik you take off your headset and the noise keeps going: panik you see Her: more panik 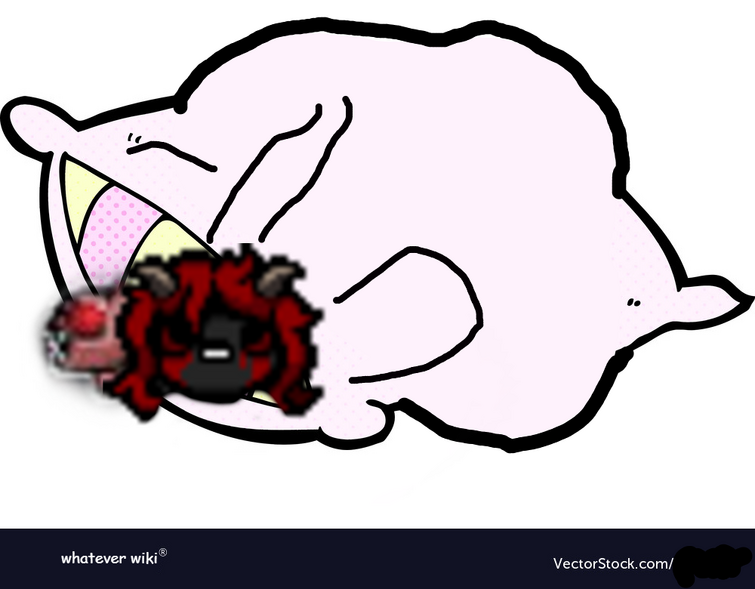 I'm MiiChi, and I just got into this series cuz I felt like watching an LP of it. Don't even think about spoiling anything, cuz all I've seen so far is how much I already dislike Isaac's mother, and his fight with Widow, the first boss in Wrath of the Lamb. I feel bad for the little guy, all he wants to do is just draw and play with toys and have a happy life, like any other kid would do. Put that frickin knife away, mother. Don't listen to your god, he's the satanic one here for making you sacrifice your own son-

Okay, anyway, I'm an artist and writer who also really enjoys Pokemon, Minecraft Storymode, Ace Attorney, Danganronpa, Animal Crossing, Kirby, JoJo...alot of stuff. I procraste quite a bit, so if you don't see any supposedly promised fanart from me in the next 4 months, that's why

Isnt this wiki for the original binding of isaac? why yall talking about forgotten

I dont know how i can unlock the forgotten, i made the first stage well but dont works, the mother doesnt scream, can u help me?

Help us grow The Binding of Isaac Wiki